No. of Countries Present

WhatsApp Chatbot for Edtech: A Complete Guide for 2022

Leo VJ and how to execute data-driven customer service excellence

AcadGild’s Vice President of Marketing, Leo VJ, knows a thing or two about delivering excellent customer service by making informed choices. Leo believes that high-quality technical training is a basic human right, and with his team of 135 employees, he’s committed to empowering people by making it accessible, affordable, engaging, and utilitarian for careers. AcadGild serves thousands of customers from across the globe, and so Leo required an internationally compliant lead generation tool, that more importantly, could be there to help their customers even when they weren’t.

Our customers ask us questions through Verloop.io during the sales process, when they’re considering purchasing our products. But there’s more to Verloop.io than just chat. We can proactively reach out to visitors, and with Verloop.io’s automation rich features, we’ve been able to increase the conversion rate of our site visitors by 240%

1. Forms are for Phonies

The Verloop.io team is a big believer in the uselessness of forms and FAQ pages. But we also realize that not everyone is as pragmatic as we are, and that they don’t take kindly to our suggestions of just hitting delete on a lot of their text (for the moment at least). So our customers treat Verloop.io as their ‘primary failsafe’. Verloop.io’s bot generates and qualifies leads, while answering questions through the flow; and any questions that can’t be answered are simply referred to the sales and marketing team.

Chat targeting was one of the most effective drivers of this growth. While Leo assumed that a chat interface would yield similar conversion rates as emails or forms, he found that by preemptively qualifying his target audience, he could narrow his field and focus on just those visitors who were more likely to buy and learn from AcadGild.

Another one of the advantages of Verloop.io that Leo noticed after AcadGild began using Verloop.io was that his leads that came through a chat interface were considerably faster moving through the sales funnel than leads that were generated by traditional means. As Juliana explains it, “Most leads created by a chat interface tend to have a higher net speed than the average lead, and the reasons are pretty obvious when you think about it. Someone who can have his or her problems resolved, questions answered or needs met as soon as they occur, is more likely to be satisfied than someone else who’s had to wait two days. This means they’re more likely to come back to your website, more likely to purchase a product or recommend you to another customer. By fielding these questions preemptively, you can have a one-on-one conversation with your customer in real time and convert them into a lead quicker.”

2. Becoming an Overnight Success Typically Takes 15 Years, Except for When it Doesn’t

In just the first month and a half of using Verloop.io, we aided over 56,000+ conversations using our chat interface. Aside from an increase in traffic, AcadGild’s lead generation skyrocketed too. AcadGild’s visitor-to-lead increased nearly 240% overall in conversion rate. AcadGild’s interaction to lead conversion bumped up to 43.77%. All by virtue of a chat interface, that is available 24/7. 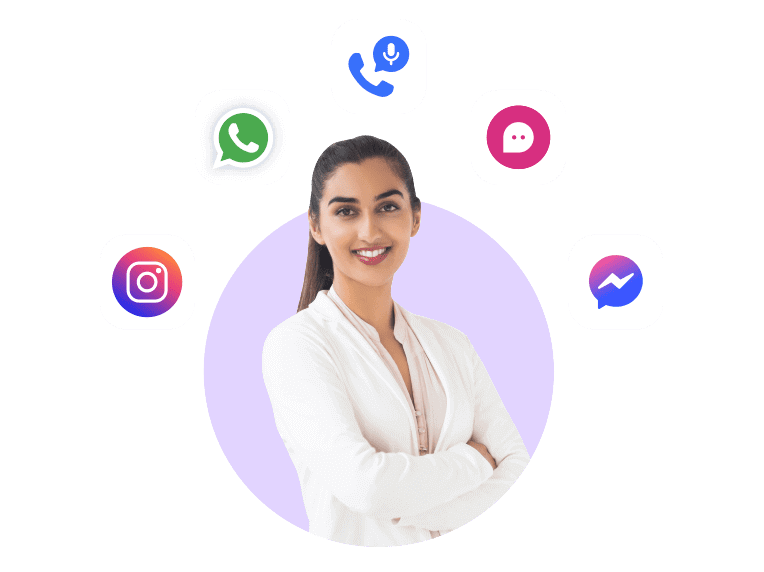