The ABC’s of a Chatbot – with Examples

Chatbot language requires a whole other dictionary. It’s recommended to be aware of such jargon in order to understand the intricacies of a chatbot.

This entire blog-piece is simplified into understandable language and contains examples for you to get better clarity. I’d suggest this piece to people ailing from a non-chatbot industry as well, as too much knowledge never hurt anyone.

Chatbots are now considered the fad to survive in this business world, where automation is the key to several actions. Multiple layers account for the proper functioning of a chatbot. These are a bunch of terms and elements that help accelerate Chatbots and are the reason behind the existence of chatbots.

So, here are the terms that we’ll be covering within this blog:

AI or artificial intelligence is intelligence demonstrated by machines. Wherein, the machines are imbibed with human qualities to function and process. We have all laid our hands-on Siri, Alexa or Cortana.

The ability to derive search results with just speaking and not typing it out is through the presence of AI. Or even how Netflix accurately suggests the TV shows that you might like watching on a lazy Sunday.

The same level of intelligence is used as a base to process chatbots and allow millions of individuals to converse with a human-like chatbot.

Suggested Reading: 3 Questions to Ask When Someone Says Their Chatbot is “AI-Powered”

Bots usually use the technique of pattern matching. Here, they classify every unique input/text in order to generate an appropriate response.

But, by using algorithms, the bot can instead reduce the number of classifiers. The bot compares the sentences under a class to the input sentence. These are a series of sentences present under each classification, such as Skincare, Health, Fitness, etc.

Thus, the Total score being 3. The input sentence gets classified under the class “Skincare”. Assuming that’s highest after being compared to other classes.

Bot, short for Chatbot, is an automated system that runs over the internet. It allows people to automate several tasks and extend various activities towards the bot to takeover.

It is believed that by 2020, 80% of enterprises would have implemented a chatbot. (Business Insider). Also, 80% of consumers who have engaged with a chatbot report it as an extremely positive experience. (Uberall). Read this blog to know more about such statistics.

This refers to the user interface, which enables the user to interact with the bot. It is defined by the design of the chatbot, the widget, the button used, color of the bot and various other things.

Basically, it’s the way the user interacts with the chatbot. Thus, including everything that comprises in that process. Starting from, replying to the bot’s question, selecting a button/image, visiting a link, etc.

Suggested Reading: 4 Big UX/UI WhatsApp Chatbot Challenges and How to Tackle them

This refers to user-experience, which includes the entire experience that the user has while conversing with the chatbot. Thus it would include-

And various other parameters

90%  of businesses have reported faster complaint resolution with the help of bots.

The end goal of implementing a chatbot is to minimize human interaction as much as possible. Through deep learning, the chatbot will be taught from scratch on how to get accustomed to multiple scenarios. Furthermore, provide accurate responses.

Thus, gradually, the chatbot will be able to phase out human intervention. As through every query it processes it becomes much smarter. With deep learning, the chatbot is created using machine learning algorithms. So, more data will always be helpful in this case.

Entities are certain terms that provide relevance to your intents. These are words that are picked up from the user intent (users intention). Thus allowing the bot to fetch the response related to those entities.

Thus, the entity for this intent would be, today and weather.

You need to decide the value that you assign to each entity and the synonyms or variations of the word that the user might enter.

Chatbots are not entirely superhuman. They can’t handle questions that are extremely specific. It might happen in the future, given the constant rise in technology.

Thus, through seamless hand-offs, an agent can pick up from where the chatbot left off and continue the conversation.

Talk To The Team

Intent refers to the purpose of the user’s input. It’s the reason why the user typed in the query. As the name suggests, it’s the user’s intention.

But, these assistants are not equipped in holding a human-like conversation. They still sound robotic and mundane. Enter Machine Learning.

Machine Learning is the process of equipping computers to learn with experience. Thus, with every single query, the chatbot gets programmed with new information and answers the question with much more expertise when framed again.

2. NLU or Natural Language Understanding is a subset of NLP. It helps in interpreting the sentence or the question that the user has asked in order to provide a defined response to it. It uses three factors such as text categorization, content analysis, and sentiment analysis to identify the various inputs.

Thus NLU helps in understanding the variations of the word or the sentence.

Here, the word met has two different meanings. Thus, NLU allows the machine to interpret the variations in a sentence rather than providing the same interpretation.

3. NLG or Natural Language Generation helps in generating natural, human-like language from machine language such as algorithms. Due to NLG humans can understand the refined language. Such as the conversion of statistical data into human language.

An utterance is what the user types in The sentence that a user feeds in while conversing is considered an utterance. The utterance helps in classifying the intent and the entity.

A chatbot is leveraged in several different ways to satisfy the needs of a company. These are known as the use-cases or the interesting means of engaging with the customers. These are a few of the use-cases:

Every company will decide on the use-cases to deploy on the basis of which activity they wish to automate or what defines their company.

Chatting up with the customers is not their only forte. They can perform various other functions such as-

And various other activities.

Certain events trigger webhooks. Whenever that trigger event occurs in the source site, the webhook sees the event, collects the data, and sends it to the URL specified by you in the form of an HTTP request.

Here, the bot response becomes the data that is pulled by through the webhook.

Talk To The Sales Team. 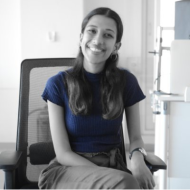 Prefers texts over calls, unless the call is about AI, food, dogs, or travel.